This weeks mini Peak District adventure was a last minute winter wild camp at Crookstone Knoll on Kinder Scout. I spotted a nice little weather window so packed my kit and headed to Hope. I walked up via the Roman Road to Hope Cross as fast as my legs could carry me as it was a race against time. I had initially planned that I would be up at my camp spot ready for sunset but sadly time was against me during the day and I had set off a little later than I wanted to.

The sun was dipping down over the Great Ridge as I walked up past the tree and sign post on Crookstone Out Moor on my way to final climb. I arrived at Crookstone Knoll just in time to set my Canon 550D up to capture some great light as the cloud danced around on the westward horizon. 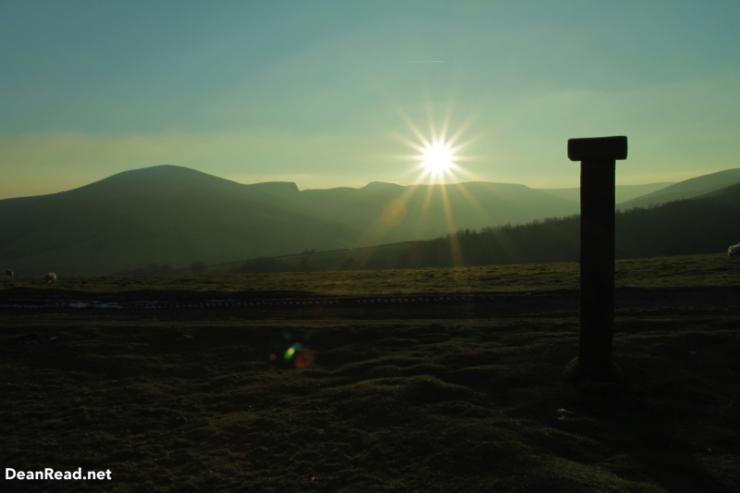 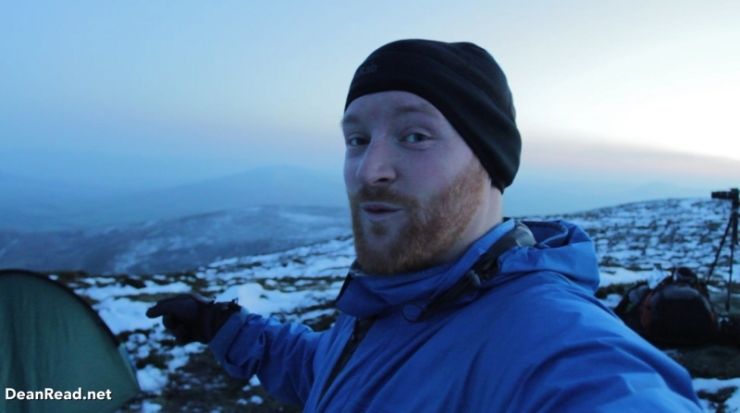 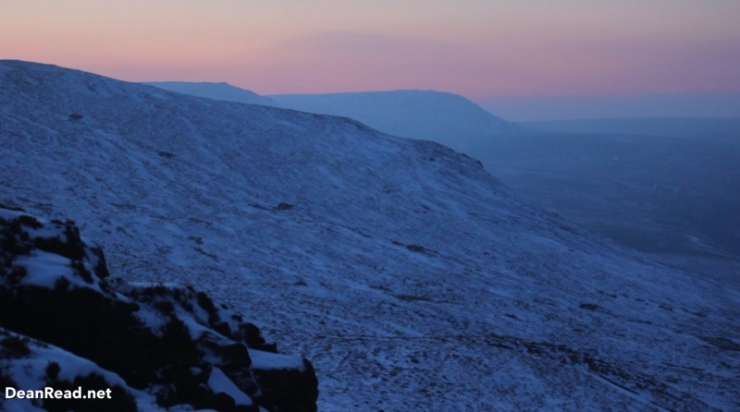 The temperature was beginning to drop so I quickly got my tent pitched up and everything inside before darkness set in. First things first though, I set the 7D up to capture the traffic streaming along the Snake Road and also the GoPro to capture me working away.

What a night, so many stars and once the moon arrived there was no need for a head torch. I was sat minding my own business when all of a sudden a runner appeared out of nowhere, he didn’t have a light and he was wearing shorts. We had a quick chat and he explained that he was just running up and down from the Snake Road a few times to get some training in…. that’s Hardcore :-). I have a massive respect for fell runners, that level of fitness is something to be admired and also a level that I’m certainly no way near myself. 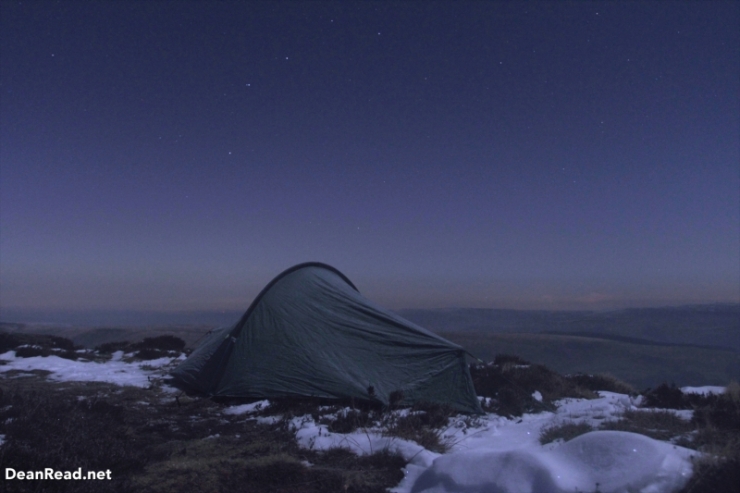 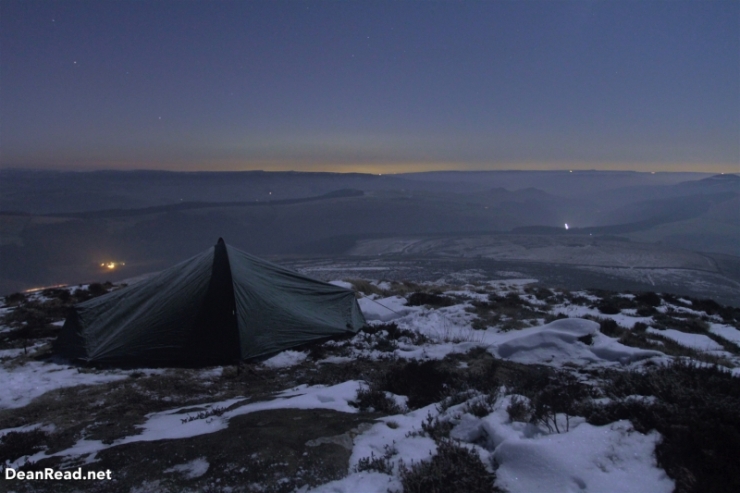 Sadly, it was a little bit too cold and frosty to do any star time lapses tonight. No sooner had I set up the camera the lens was frozen, I do know you can buy devices to stop the lens misting but I’m not sure if it would have made much difference tonight. There was lots of moisture in the air that was covering everything with a thick layer of frost.

Thankfully, due to the fact I had taken lots of layers with me I managed to remain warm throughout the night while in the tent. The Vango Ultralite 1300 I have isn’t equipped for anything other than temperatures above freezing if you ask me, regardless of what the rating states. I even took a small summer sleeping bag just incase but it wasn’t needed. I think for next winter I will invest in better sleeping bag, I try to do things on a budget to prove that you can but in winter you can’t always get away with the cheaper gear. Thankfully my down jacket was on hand to keep me warm on this occasion.

I awoke in the morning to a glorious light beaming through the clouds and instantly set the GoPro up for a quick time-lapse while I packed away. No hanging about this morning, it was time to get up and away to work. I must admit I did fall asleep momentarily at Hope Cross on the way back down, I was doing another time-lapse while watching the cloud skip across the Great Ridge and it was so relaxing. 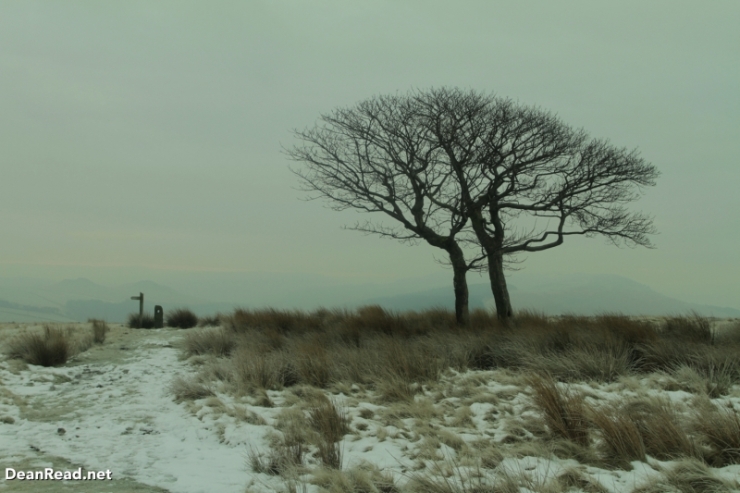 Once again, thanks for watching and for subscribing to my YouTube channel. If you haven’t done that yet then why not head over and click the button at http://bit.ly/YouTubeDeanRead, I’ll see you again soon out there in the Glorious Peak District 😉