It’s always great to find new places and travel to unfamiliar pastures, today was to be one of those great days of discovery. After fulfilling some commitments earlier in the day the afternoon had gradually freed itself up for another walk, My friend Ray was also off work so it was only fare that we should head out. A few days ago one of my twitter buddies Terry Abraham had just let loose on the world his latest video masterpiece, it was a movie he had done for Staffordshire County Council. It showcases some of the great parts of the Staffordshire Peak District and it inspired me to head on over for a visit. The video in question is embedded below and you can find out more about Terry and his work at https://terryabrahamlakedistrictvideo.wordpress.com.

I had a quick look at the map this morning in ViewRanger on my iPhone and decided that the Roaches would be a good place to start, I have only ventured over that side of the Peak a handful of times while out Geocaching, that was nearly 10 years ago and way before I found my passion for walking. I have been to Chrome Hill, I have been to Leek but I’ve never been to the Roaches. Why not?? I hear you cry.. Simply because i’m a Derbyshire Lad and that area of the Peak takes some beating. I tend to spend most of my Peak Walking time in areas like Edale, Ladybower, Stanage, Bakewell and Matlock. simply because I’m from the Chesterfield area so it’s just so easy to get to these spots… Anyway, back to today’s story.

We parked up near Newstone Farm just off the A53 and got kited changed into our walking gear. The weather was fantastic today but there was a lot of haze in the air. We begun by walking south towards Blue Hills Farm and then we headed across the valley to Hen Cloud. The climb up from the road near Roaches Hall is rather sharp but short and we had a nice scramble up on to the top, it wasn’t the walk that left us breathless though but the views. 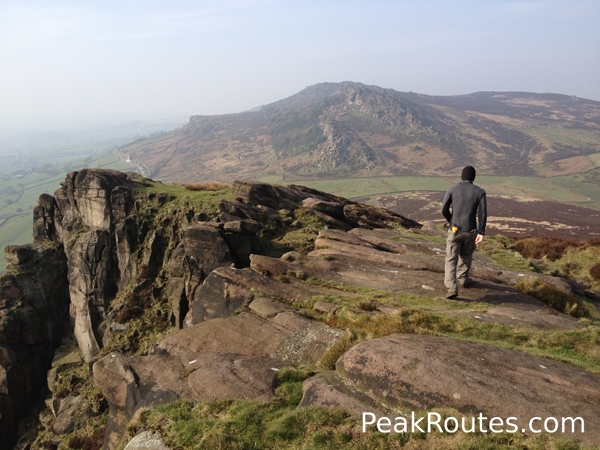 We continued on up and over Hen Cloud and were met by another great sight, The Roaches themselves. Wow, what a view. We had got a quick glimpse as we crossed the valley before heading up Hen Cloud but it was a magnificent site to view them due north from here. We headed downhill and then begun the climb up again. we followed the path for a short while but then decided to have another scramble so we headed straight up the rock face. We climbed up a nice little route that followed a crack in the rock, It reminded me of when my friends and I used to climb at Black Rocks near Cromford.

Once again the view was stunning, we climbed up to the top of our little route and looked back to admired the view back towards Hen Cloud. I posted a few quick images to Twitter and sent out a few tweets before we carried on up towards the summit trig. I literally had my phone in my hand at all times sending out tweets, pictures and a message of thanks to Terry for inspiring us to come. 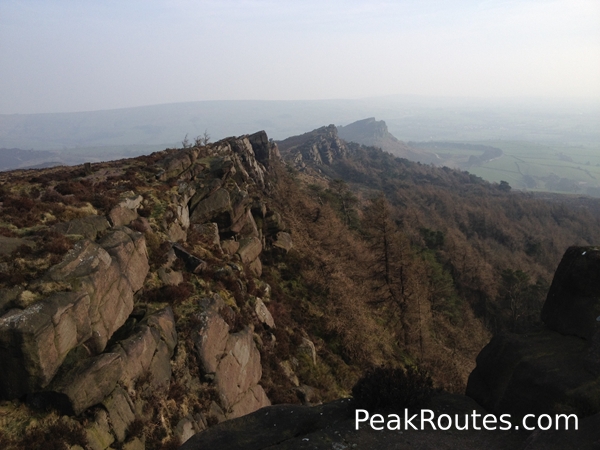 The wind was pretty strong on the summit today but I couldn’t resist getting Ray to quickly take my picture. I’ve cropped this one down a little and added some effects in Instagram to add a little more drama 🙂

As the famous saying goes… Time flies when you’re having fun, time was going just that way today. We had set off from the car at around 14:15 and it was now just after 16:15. Sadly we had to cut our intended route a little short as we had spent way too much time being awestruck and playing around climbing the rocks. I’m only 28 but I felt like a kid again climbing around on this gritstone playground. Begrudgingly I figured out a shorter route back to the car and we headed of the summit then swung eastwards at Roach End.

We had a pleasant walk into the valley near Gradbach Hill and followed the river upstream as the sun was dropping in the sky behind us. We weaved along towards Goldsitch farm and then took a path south eastward towards the road. In no time at all the walk was over and we were back at the car.

listen to ‘Peak District – The Roaches’ on Audioboo 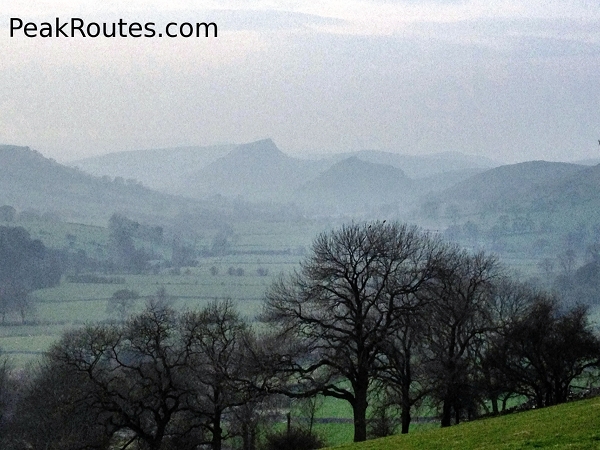 What a great day. I’m totally sold on the Staffordshire part of the Peak District and will make an effort to get back there again asap. We drove back via Crowdecote and I got a glimpse of my old friend Chrome Hill so I need to make an effort to get back there too. Maybe I will record another Episode of the Peak Routes Podcast on a big day out in that area, or maybe i’ll get my act together and dust of the tent 🙂